Two prominent transportation groups in the city are sharing links to an online petition aimed at countering one against rapid transit that was started by a city councillor last week. The “Winnipeg City Council: Support real road relief through transit …

The boss of Winnipeg Transit tried to calm fears the $600-million second phase of the bus corridor project is spiralling out of control. But the project’s harshest critics remain doubtful. Transit director Dave Wardrop’s verbal update at Thursday’s finance committee contradicted much of the

Winnipeg’s Transit boss tried to calm fears that the second phase of the bus corridor project is spiraling out of control. But the project’s harshest critics remain doubtful. Transit director Dave Wardrop’s verbal update on the project at today’s finance committee

The cost of the hotly debated transit project has fallen by $10 million, says Winnipeg transit director.

Winnipeg’s mayor says city council is committed to completing the second phase of the bus transit corridor. Sam Katz said he’s puzzled by the recent allegations from finance chairman Russ Wyatt that the project is being changed with resulting cost increases. “We know what the

Winnipeg supporters of rapid transit have started their own online petition in favour of the completion of the second phase of the dedicated bus corridor. Harry Wolbert, of Winnipeg Transit Riders Association, said he started the petition to counter the lobby effort by St. James councillor Scott

Rapid transit and hotel rooms for those with frozen pipes both on the agenda as Sam Katz and his inner circl meet this morning at Winnipeg city hall. Finance chair Russ Wyatt has put forward a motion calling on the city to create a Transit Development Agency. Wyatt – fresh off saying the city should […]

Get Moving on Rapid Transit: Selinger to City
www.cjob.com

Premier Greg Selinger won’t say whether the province would be in for more money if the city tried to convert plans for bus rapid transit to light rail. “We have to get a proposal from the city. We don’t speculate,” says the premier. “Eventually, as we continue to grow, I think light rail will become […]

A confrontation is brewing inside city hall between senior administrators and a member of Mayor Katz’s executive committee. Coun. Russ Wyatt, chair of the finance committee, has accused senior administration of withholding information about design changes to the second phase of the

Senior members of the civic administration have refused to appear before the finance committee to detail changes to the bus transit corridor project. Finance chairman Russ Wyatt said he was told this morning that senior city officials do not want to discuss the $600-million transit plan in a

Winnipeg’s finance committee chair says the city should consider ditching plans to extend bus rapid transit and look at doing a light rail system instead. Councillor Russ Wyatt says he’s concerned about sky rocketing costs for the bus corridor. He says if we’re going to spend a ton of money anyway, maybe we should be […]

Add Russ Wyatt to the list of councillors who think the city should seriously reconsider its plans for Phase 2 of the Southwest Transitway.

Coun. Scott Fielding says the number of people who’ve signed his online petition is proof of “overwhelming” support from Winnipeggers that city hall should abandon the second phase of the dedicated bus corridor. Fielding said more than 1,700 people have signed his petition…

There’s a very simple and cost-effective way to resolve the dispute over whether to spend more tax dollars on Winnipeg’s bus rapid transit, or redirect that money to other important infrastructure.

Coun. Russ Wyatt’s public questioning last week of the mayor about the direction of the city’s rapid transit project has another councillor suggesting he’s trying to “sabotage the project.”

I’m happy to see some city councillors are now second guessing the wisdom of dumping another $600 million into Bus Rapid Transit.

Questions are being raised by senior councillors within Mayor Sam Katz’s inner circle about unexpected design changes and budget increases to the second phase of the southwest bus rapid transit corridor. Finance chairman Russ Wyatt said there are concerns the route, scope and budget of the

A man accused of assaulting a Winnipeg Transit driver has been formally charged.

The battered streets of Winnipeg should be fixed before the city moves ahead with a transit mega-project, says a potential mayoral contender.

Winnipeg Coun. Scott Fielding wants the city to spend its money on fixing roads rather than extending rapid transit.

A woman is in stable condition after being hit by a Winnipeg Transit bus early Saturday morning. 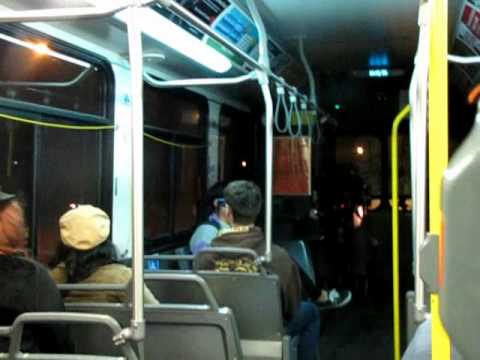 Partiers get caught on film geting booted off a Winnipeg transit bus. Hillarious!

Couple of drunk guys making a scene. The only thing worse than getting stuck in the middle of this nonsense was the dismal reaction by the powers that be in …