Jets Finish Season With A Win Over Calgary
www.cjob.com

Paul Postma’s first goal of the season at 9:16 of the third period was the game-winner Friday night as the Winnipeg Jets beat the Calgary Flames 5-3. Michael Frolik, Evander Kane, Carl Klingberg, and Blake Wheeler into an empty net also scored for Winnipeg. Winnipeg goaltender Michael Hutchinson looked like a seasoned NHL goaltender.  He […]

Journey nearly over for construction of zoo exhibit …
www.winnipegsun.com

Law to withhold licences over outstanding warrants a work in progress
www.winnipegfreepress.com

Help Wanted: McDonald's® Canada Looks to Hire Over 6000 People Across the …
www.newswire.ca

Unvaccinated boy not allowed at school over measles scare
www.cbc.ca

A 10-year-old Manitoba boy is being kept home from school because his mother refuses to vaccinate him against measles.

Surprise testimony from an RCMP officer about why Mounties targeted a rural Manitoba store owner in a gun-trafficking sting trampled his right to a fair trial “beyond repair,” a judge has found. Jurors hearing Cory Seymour’s unusual case in Winnipeg were dismissed Wednesday after hearing just a

The only two declared candidates in Winnipeg’s mayoral race have been warned by election officials to keep their money in their wallets until campaigning officially starts in May.

Winnipeg’s coldest winter since 1898 is cutting into just about everybody’s bottom line, with electricity bills up by an average of about 13 per cent, according to Manitoba Hydro.

A confrontation is brewing inside city hall between senior administrators and a member of Mayor Katz’s executive committee. Coun. Russ Wyatt, chair of the finance committee, has accused senior administration of withholding information about design changes to the second phase of the 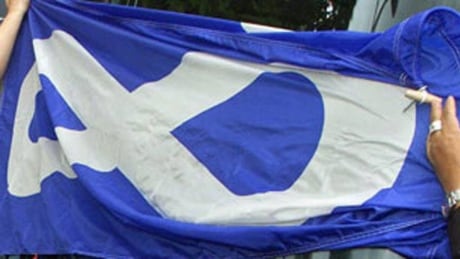 The B.C. Métis Federation has written to Aboriginal Affairs Minister Bernard Valcourt to express concern about the results of an investigation into the Métis National Council.

Manitoba paramedics are joining the chorus of boos over the province’s bad roads.

Appeal Court set to hear battle over citizenship oath to the Queen
www.winnipegfreepress.com

TORONTO – Ontario’s top court is set to grapple with whether forcing would-be Canadians to take an oath to the Queen, her heirs and successors is constitutional. Three long-time permanent residents argue the citizenship requirement is discriminatory and violates their rights to free speech, a

WASHINGTON – A federal judge on Friday dismissed a lawsuit against Obama administration officials for the 2011 drone-strike killings of three U.S. citizens in Yemen, including an al-Qaida cleric. U.S. District Judge Rosemary Collyer said the case raises serious constitutional issues and is not

Jewish Humour Takes Over the Big Screen on Monday
www.cjob.com

The film “When Jews Were Funny”, the film by Alan Zweig, will play the Cineplex Odeon on McGillvray on Monday evening. The executive producer is former Winnipegger Perry Rosemond and he told us about the film and talked Jewish humour. Perry worked on the old Norm Crosby (pictured) Show You can catch that conversation right […]

Jets honeymoon may be over, but fans still preaching patience
globalnews.ca

It's now three straight seasons in Winnipeg, seven in a row as a franchise since Atlanta with no playoffs. Despite the disappointment, fans still believe their dedication will one day pay off. “Just because they're not doing too well doesn't mean we're …

The provincial Tories are crying foul over the government’s handling of a freedom of information request concerning a scandal involving a former cabinet minister. The Conservatives filed an access to information request under the Freedom of Information and Protection of Privacy Act (FIPPA)

Winnipeg Jets forward Evander Kane didn’t have a lot to say Thursday about a lawsuit alleging he assaulted a Vancouver man last summer, but what he did suggested he wasn’t giving it much thought.

A Winnipeg man found guilty of sexually assaulting a vulnerable teen while a second man held a pillow over her face to muffle her screams has been sentenced to five years in prison.

LOS ANGELES, Calif. – After insisting that space relations wouldn’t be altered by earthly politics, NASA on Wednesday said it was severing ties with Russia except for the International Space Station. NASA employees can’t travel to Russia or host visitors until further notice. They’re also barred

A Winnipeg Jets season-ticket holder says the NHL team is taking advantage of its rabid fans.

A controversial private contractor who has been thawing hundreds of frozen pipes in Winnipeg homes and commercial businesses remains befuddled as to why the city had ordered him to stop.

More than 250 Winnipeg kids are spending their spring break running off with the circus – sort of.

On the Anaheim Ducks big comeback over the Winnipeg Jets, and why
blogs.thescore.com

What's strange is, score effects don't really come from a change in tactical play as it does in soccer. I'd be willing to bet that Paul Maurice didn't walk into the Winnipeg Jets dressing room before the third period and say “Okay, …

Susan McVarish could hardly believe it when her phone rang Monday morning and a complete stranger told her he was coming over to chop through the solid, ice-chunked windrows covering her North Kildonan boulevard path and blocking her garage. She had called the city’s 311 line twice over…

OTTAWA – The Conservative party lost top 2015 election organizer Dimitri Soudas Sunday, amid mounting concerns he was using his position to help his fiancee’s nomination bid in a suburban Toronto riding. Party brass have been trying to convince grassroots Conservatives that they can count on

A Colorado Low is heading our way, and you know what that means. Starting this evening, heavy snow along with strong north winds, are expected to give blizzard like conditions overnight and into tomorrow.  It appears the City of Winnipeg will miss the bulk of the storm, as the system has begun to track further […]

St. Vital Centre is covered with red carpet and crowded with teens this afternoon as hundreds gathered to meet some top Juno stars. Cortney Jaworski, 14, hopes to meet Canadian pop sweethearts Tegan and Sara and get an autograph. “I’ve liked them for a long time and they seem like

The NDP’s new provincial park cottage-fee system is just another back-door tax grab, the opposition Progressive Conservatives charged today. They introduced a resolution calling for the legislature to acknowledge that the NDP failed to properly consult with cottagers and disclose how the

A man accused of assaulting a Winnipeg Transit driver has been formally charged.

Cottagers gathered on the front steps of the legislature Thursday alarmed at the service and fee increases they’ve been saddled with. Their cottages are in Provincial parks. Jim, a 680 CJOB listener told 680 CJOB’s Charles Adler he’ll be paying more in pure property taxes on his cottage than he does on his house in Headingley. […]

Before Monday, Andrew Ladd had never missed a game for the Winnipeg Jets since it relocated from Atlanta. In his single season as a Thrasher, Ladd missed one out of 82 games. So yeah, the guy's a gamer. But the captain …

The Manitoba Jockey Club has pulled out of a court challenge over the future of the Assiniboia Downs betting licence. Late last year, the Manitoba Horse Racing Commission threatened to yank the track's licence over a development deal with Peguis First …

Cam Ward grinned as he described how he felt like a kid making some key saves in his Carolina Hurricanes' 3-2 victory over the Winnipeg Jets on Saturday.

About 100 farmers demonstrated at Manitoba Hydro and the Manitoba Legislative Building today over compensation on the new Bipole III transmission line. The farmers, represented by the Canadian Association of Energy and Pipeline Landowner Associations (CAEPLA) claim they’ve been stymied by

Manitoba farmers rallied outside Manitoba Hydro's office on Portage Avenue Monday before heading to the legislature in a protest. Farmers say Manitoba Hydro is sending surveyors and security teams onto farms, as part of the Bipole III project, without …