The city hopes to give cyclists a safer ride down Sherbrook Street with the addition of Winnipeg's first parking protected bike lane this summer. The dedicated bike lane will lie between the sidewalk and a lane of parked cars, which will be used to …

MONTREAL — Canada's new Natural Resources minister said First Nations must be an "integral" part of the process for any new energy or mining project. In comments Friday following his first speech in Quebec since taking on the cabinet post March 19 …

A program at Brandon University that trains First Nations teachers is facing an uncertain future.

Winnipeg Jets goalie prospect Connor Hellebuyck signed his first pro deal this week and will join me to chat about the feeling that goes along with signing the first contract. Connor will discuss his off season plans and what will the next step will be with the team.  Saskatchewan Roughriders GM Brendan Taman has signed […] 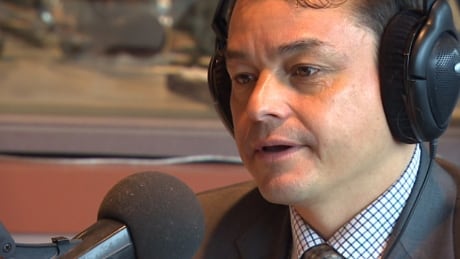 The national chief of the Assembly of First Nations says the key to success for aboriginal people is education — but the educators themselves need to get that lesson.

Jade Willoughby is one of three Aboriginal models who’ve made their mark on the international stage.

First time seeing Saturn in the city this year!
www.reddit.com

Winnipeg homicide investigators have caught up with a murder suspect they had been hunting for weeks in connection with the city’s first homicide of 2014. Justin Atelard Catcheway, 30, is in custody at the Winnipeg Remand Centre charged with the second-degree murder of Justin Desmarais. On Jan.

The unmarked building in the east end of Winnipeg off the beaten track with no obvious evidence of activity is an ideal setup for a commercial medical-marijuana production operation. John Arbuthnot, a polite, clean-cut, articulate 24-year-old guides a visitor from about one half kilometre away…

Police have made an arrest in Winnipeg’s first homicide of 2014.

First Nations in Manitoba will be the first to experience portable “pop-up” movie theatres that will screen both first-run films, such as The Lego Movie and Divergent, as well as aboriginal films. A partnership between Bandwidth Digital Releasing Inc., and the Adam Beach Film

About 1,000 people from the music industry, nominees and other dignitaries were invited for an evening of musical performance from DJ Mama Cutsworth of Winnipeg and indie rockers Rah Rah from Regina, as well as …

Kings up 3-0 on Jets after first period
www.winnipegfreepress.com

LOS ANGELES – The Winnipeg Jets will take on one of the NHL’s hottest teams tonight and have No. 1 goalie Ondrej Pavelec back in the net for the task. Jets coach Paul Maurice declared Pavelec ready to go after the morning skate here at Staples Center. “He’s going back in and

The Winnipeg Jets will face the L.A. Kings for the first time at Staples Center this weekend. Kirk Penton of the Winnipeg Sun is in Los Angeles for Saturday’s game. I’ll talk with him at 6:12. We’ll continue the conversation and talk Bryan Little and more at 6:22. Kelly Moore, 680 CJOB Executive Producer of […]

A date for the opening has not been set, but the organization said construction will move along quickly. The casino is expected to create about 140 jobs and will be similar in size to facilities in The Pas and downtown Winnipeg. The assembly plans to …

At the  Canadian Senior curling championship in Yellowknife,  Brandon’s Lois Fowler and  Neepawa’s  Kelly Robertson both won their final games of the round robin Thursday night. Fowler defeated Nfld/Labrador  8-3 and finished with  a record of 10-1 tied for first place with Saskatchewan on the Women’s side. And on the Men’s side,  Robertson defeated Yukon […]

Fleetwood Mac has announced plans for an extensive North American tour. The 33-city jaunt will see the return of longtime member Christine McVie, who retired from the band 16 years ago. It also marks the band's first dates since John McVie was … Gaming and mineral rights dominated discussions at a First Nations conference in Winnipeg Wednesday. The Assembly of Manitoba Chiefs, which represents 64 First Nations in the province, is hosting the conference on Inherent and Treaty Rights as Economic Rights to reset the national debate on who

TORONTO – Toronto Mayor Rob Ford says he’s ready for tonight’s first televised debate in this year’s mayoral campaign — and jokes that he’s expecting to win by a knockout. When asked today for his prediction about the debate with the top four challengers for his job, Ford laughingly

DALLAS — Jets captain Andrew Ladd tonight will miss his first game since the team moved from Atlanta to Winnipeg nearly three years ago.

OTTAWA – Two and a half years ago, a Boeing 737 slammed into a hill near a remote Arctic airport, splitting into three pieces and flinging flaming wreckage across the rugged tundra. Eight passengers and four crew members died. Three passengers miraculously survived. The Transportation Safety

KUALA LUMPUR, Malaysia – It was the unwelcome, anguishing news that families of the missing had dreaded, and when they heard it from Malaysia’s prime minister Monday night there were shrieks and intense heartbreak: The missing Malaysian Airlines flight whose fate was a mystery that consumed the

Giles, who grew up in downtown Winnipeg near Portage Place, believes she is a product of tough love. Her club coach at an early age, Neil Blanca, didn't let her get away with anything. She noted her family has always been "strong and physical," which …

Pro-pot advocates marched from city hall to the legislature on Saturday to promote grow-your-own medical marijuana.

No one has to tell Grand Chief David Harper about the political uncertainty gripping his home of Garden Hill. The leader of Manitoba Keewatinowi Okimakanak (MKO), an umbrella organization representing northern First Nations, was chief of Garden Hill for nearly a decade. On and off, that