Disappointed her motion for hotel stays for homeowners without water due to frozen pipes was kyboshed on Wednesday, a councillor is now calling on the city to come up with a prevention plan. Coun. Paula Havixbeck (Charleswood-Tuxedo) said pipes are … 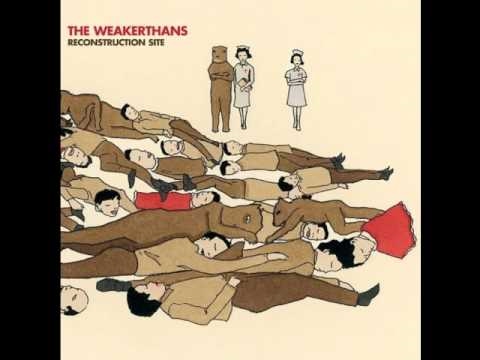 The Weakerthans – One Great City!
www.youtube.com

The number of properties waiting for pipes to be thawed declined for the fourth day in a row. But a city official said those properties could remain without full water service until late June. There are 1,345 properties on the waiting list, down two from Thursday. There were 1,372 on the list

The list of potential mayoral candidates became a little shorter on Friday.

Living in the city together
uniter.ca

Mint to Reissue 'Lucky Loonie' to City After Typo
www.chrisd.ca

If there’s one thing Winnipeg ought to despise more than a 24-year Grey Cup winless streak, it’s a six-decade rapid-transit debate. The city has been contemplating one form of mass public transit or another since 1959, when transportation engineer Norman Wilson dreamed up a three-line subway

The head of Winnipeg Transit laid out plans today for the second leg of the city’s rapid transit system, as some councillors debated the project’s future.

City hall plans to get tough with Winnipeg’s hazardous industries in the wake of an October 2012 massive explosion and fire at St. Boniface industrial park. An administrative report recommends the city start regular inspections of 300 plants across the city to seek out operators that pose

Get Moving on Rapid Transit: Selinger to City
www.cjob.com

Premier Greg Selinger won’t say whether the province would be in for more money if the city tried to convert plans for bus rapid transit to light rail. “We have to get a proposal from the city. We don’t speculate,” says the premier. “Eventually, as we continue to grow, I think light rail will become […]

WINNIPEG — Many Winnipeggers have been complaining about slow city services all winter but it appears there's a way to get city hall's attention — call the media. On at least three occasions in the past month, city crews showed up to fix problems …

PASADENA, Calif. – Get ready for more flying sharks. “Sharknado 2: The Second One” will take a bite out of New York City on July 30 in Syfy’s sequel to the campy classic that aired last summer. Ian Ziering and Tara Reid return from the original film that attracted nearly 1.37 million viewers.

Coun. Scott Fielding says the number of people who’ve signed his online petition is proof of “overwhelming” support from Winnipeggers that city hall should abandon the second phase of the dedicated bus corridor. Fielding said more than 1,700 people have signed his petition…

First time seeing Saturn in the city this year!
www.reddit.com

Snow falling, but city looking ahead to spring
www.winnipegsun.com

The snow may have still been falling on Thursday, but city officials are nonetheless preparing for spring.

WINNIPEG – The number of homes with no water due to frozen pipes is increasing dramatically, faster than city crews can thaw them out. Officials revealed Monday that 537 properties are now on the waiting list to have their pipes thawed, a jump from 300 …

A union representing city workers have filed a grievance over council’s plan to force employees to take unpaid leave over the Christmas holidays.

A controversial private contractor who has been thawing hundreds of frozen pipes in Winnipeg homes and commercial businesses remains befuddled as to why the city had ordered him to stop.

The City of Winnipeg’s biggest union has filed a grievance against the city over what it calls a violation of the collective agreement. The City wants to force employees to take 3 1/2 unpaid days off between Christmas and New Year’s Day. Canadian Union of Public Employees Local 500 president Mike Davidson tells 680 CJOB […]

A private contractor who has thawed frozen pipes in hundreds of Winnipeg homes and businesses says the city is forcing him to stop.

A civic election coming? The City of Winnipeg has an app for that. The City of Winnipeg announced Monday the launch of its 2014 election mobile app. The free app can be downloaded on iOS (iPhone, iPod, iPad), Android and BlackBerry devices in both English and French. The 2014 General Civic

Anybody knowledgeable on labour law in this city?
www.reddit.com

So I work for a certain sandwich "restaurant" and they have a policy of deducting shortages in the cash from employees paychecks- Which as I understand is quite illegal. They've done it to a few co workers of mine since I've started here and as of last Tuesday it may be happening to me. Basically […]

Winnipeg city councillors have their eyes on land outside city limits. A consensus is developing among councillors that land in neighbouring rural municipalities within the Perimeter Highway should be annexed if growth in surrounding communities isn’t controlled. Wednesday’s discussion of

Winnipeg the most competitive city in the Midwest
www.winnipegsun.com

Winnipeg has held on to its spot as the most competitive city in the Midwest for the fifth year in a row.

City will apply for disaster assistance in light of deep-freeze issues
www.winnipegsun.com

The out-of-control costs of the frozen pipes battle has led city council to turn to the province for funding.

what is the best place to volunteer with, if I am interested in health and wellness? So far…..the WRHA? Also, are there any good sports rec leagues in the city? I did some googeling and it seems like there's only one
www.reddit.com

I'm trying to get involved in my community but it's hard to know where to begin. I am also interested in the arts, and also anything involved with helping others. submitted by dragonscampfire [link] [8 comments]

A consensus is developing on Winnipeg city council for the annexation of neighbouring rural municipalities within the Perimeter Highway if growth in the surrounding communities isn’t controlled. The trigger to the annexation discussion at city council is the plan to close two residential

A bitter feud between city hall and the Aquatic Hall of Fame has ended with the resolution of a 2007 lawsuit over the hall’s eviction from the Pan Am Pool. Luke Small, chairman of the Aquatics Hall board, said he’s looking forward to partnering with city hall for the display of

With no end in sight to the flow of cash required to fix Winnipeg's frozen pipes emergency, city council voted in favour of applying for disaster financial assistance. Mayor Sam Katz and Coun. Russ Wyatt (Transcona) authored the DFA motion for …

They are among the most vulnerable of society: sex-trade workers often targeted for harassment and violence. Now a lengthy Winnipeg police investigation has revealed five women in the city’s low-track area were allegedly victimized by an officer. Const. Remi Van Den Driessche, 39, has been

The city's municipal leaders are mulling an application for disaster financial assistance over Winnipeg's frozen pipes emergency. Coun. Paula Havixbeck (Charleswood-Tuxedo) said the $305 fee per home for the thawing of frozen pipes isn't the only cost …