A Shilo-based soldier faces a number of criminal charges, including sexual assault.

Winnipeg police say the city’s latest homicide victim was killed by her boyfriend after an argument at their St. Vital home. Police say 34 year old Beverly Custer was stabbed by Keith Alexander Wallace, 28, shortly before 1 a.m. on Wednesday morning. Constable Eric Hofley won’t say what the alleged argument was about but says […]

EXPORT, Pa. – Police have identified and charged a 16-year-old boy accused of stabbing and slashing 21 fellow students and a security guard at a Pennsylvania high school. Authorities say Alex Hribal was being charged as an adult following the Wednesday morning attack in Murrysville, 15 miles (24

WINNIPEG SUN. First posted: Tuesday, April 08, 2014 10:42 AM CDT. 7-Eleven This 7-Eleven on the corner of Mountain Avenue and McPhillips Street was the scene of a failed robbery early Tuesday morning. (GOOGLE STREET VIEW … 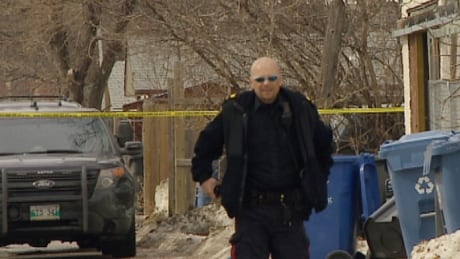 A 20-year-old man is charged with a slew of firearms-related offences after a 17-year-old boy was shot in Winnipeg’s North End on Monday.

Two teens one 16, the other 18 stand charged after two attempted strong-arm robberies on Selkirk Avenue Sunday morning. Police were called to the 600 block of Selkirk around 11 o’clock for a report of someone being robbed and assaulted by four people. The 18-year old woman didn’t have what the group was looking for, but […]

A 40-year-old Waywayseecappo woman has been charged after a fatal collision between an SUV and a school bus carrying students on Thursday.

A young Winnipeg man who was cleared just weeks ago of a murder charge in the stabbing death of a city teen is now a suspect in a series of stabbings on Main Street. Police identified Steven Raymond Johnston, 20, Wednesday as a person they’re seeking in connection with an outbreak of violence

7-people stand charged after RCMP in Dauphin shut down a cocaine and marijuana trafficking ring.  Project Debrief was a seven-month long undertaking by the RCMP. This past weekend officers executed a search warrants and turned up 450 grams of marijuana and 15 grams oc cocaine. Two of those charged, 23-year old Kyle Atamanchuk and and 18-year […]

Winnipeg police have caught up with a murder suspect they’ve been hunting for weeks in connection with the city’s first homicide of 2014. Justin Atelard Catcheway, 30, is in custody at the Winnipeg Remand Centre today charged with second-degree murder of Justin Desmarais. On Jan. 19 at about 3…

A 17-year-old youth was arrested Friday evening on dangerous and drunk driving charges after police spotted him crash into a centre median. The youth was observed by officers driving erratically and weaving in and out of westbound traffic on Attridge …

Six charged in Ontario after feds allegedly defrauded of more than $200M
www.winnipegfreepress.com

TORONTO – Six Ontario residents are facing charges after RCMP say the federal taxman was allegedly defrauded of upwards of $200 million in a bogus investment scheme that stretched across the country. Police say their investigation began in April, 2012 when they received information about people

More details are emerging about the arrest of a Winnipeg police constable who is now facing multiple charges including two counts of sexual assault, breach of trust and extortion.

RCMP Crest Logo Two people have been charged after a woman was robbed of her beer in Swan River on Monday. The 38-year-old woman was in the 700 block of Main Street at around 6:30 p.m. when she was approached by two intoxicated men.

The Winnipeg Police Service has laid charges against one of its own. The Professional Standards Unit has charged Constable Remi Van Den Driessche, 39, with sexual assault, breach of trust, extortion, and criminal harassment.  They had been investigating him since June 2013. Court documents and sworn affadavits obtained by CJOB News contain allegations Van Den […]

Two women are facing charges after a city cabbie had his taxi stolen in the middle of a fare Wednesday night. A pair of young women hopped into a cab in the 400 block of Kennedy Street around 11:20 p.m. and while en route to their destination one of …

Two teenagers one 17-years old from the Opaskwayak Cree Nation and a 19-year old from Fort McMurray, Alberta have been charged in connection with a shooting and robbery last weekend in The Pas. RCMP got a call early Sunday morning about a 24-year old man being treated at hospital for a gunshot wound. Less than two hours […]

A Winnipeg police officer has been accused of abusing his position by trying to coerce several young women into having sex with him. Const. Remi Van Den Driessche, 39, was arrested this week for sexual assault, breach of trust, extortion and criminal harassment. He has been released on a

WINNIPEG — A Winnipeg police officer is facing several charges including sex assault and extortion. Police say they began an investigation into an officer's conduct in June. It's alleged the officer committed the crimes on and off duty. Const. Remi …

Winnipeg police say they've put an end to a nearly three-week crime spree with the arrest of a man earlier this week. Police began investigating after a man tried unsuccessfully to rob a business in the 1600 block of Regent Avenue West March 4. Members …

A 20-year-old Winnipeg man is facing charges after numerous break-ins at apartments in the east and west end areas of the city. Police say in most cases, the suspect cheated the door locks. Once inside, it’s alleged he stole cash, electronics and other items. Damage and stolen property estimates are in excess of $80,000. On […]