A second case of measles reported in Manitoba earlier this week is a rare and troubling event. Not since 1992 has there been more than a single case of measles in the province in a given year — and almost never in that time has it been home-grown. Usually, travellers have brought the highly

NEAR ROSSENDALE — It wasn’t a tough choice for Will and Bev Eert. Pay Manitoba Hydro more than $60,000 to extend electrical service to their new home in the Assiniboine River Valley, or pay about $30,000 to go solar. Two years later, the retired couple is about eight months away from moving

Where is our money going?
www.winnipegfreepress.com

Andy and Sophie Szukiewicz have had their year-round cottage at Hecla Island since 1989. They know they need to pay more. Just not that much. Last year, they paid $600 in fees and Crown-land rent. This year, their bill will be about $1,750 under the province’s new provincial park cottage-fee

Winnipeg police are looking for two men after they were spotted watching children playing earlier this week. The incident occurred at approximately 2:45 p.m. Wednesday in the area of Riverton Avenue and Talbot Avenue. The men were seen smoking outside their vehicle before they started taking

An incident involving a 12-year-old boy Thursday has Winnipeg police searching for two adults today. The encounter occurred at approximately 3:25 p.m. in the area of Sargent Avenue near Erin Street. The boy was approached by an unknown man and a woman, who began to ask him questions. The boy

One of two men accused of a planned and premeditated killing of a young, well-liked St. Vital woman will stand trial for first-degree murder, a judge has ruled. Treyvonne Willis, 21, was committed by Judge Michel Chartier to stand trial this morning on the most serious charge in the Criminal

Number of properties with frozen pipes edges up
www.winnipegfreepress.com

Another day in Winnipeg means more properties with frozen water lines. City hall reported this afternoon that another 18 properties lost their water supply because of frozen lines between Thursday and Friday. This brings the total number of affected properties since November to 2,248. The…

Children and Youth Minister Kevin Chief, minister responsible for the City of Winnipeg, addresses the media on Friday, March 28, 2014, during an announcement to renew the sump pump and sewer backup valve subsidy program. (CHRISD.CA). Sump Pump.

Invitation to ERA-Can+ Information Sessions: Winnipeg, Manitoba. The Canadian partners to ERA-Can+ invite you to learn about Horizon 2020, a European funding opportunity that is accessible to Canadians working in science, technology, …

WINNIPEG– Manitoba's Finance Minister Jennifer Howard purchased a $35 necklace, rather than a customary pair of shoes Tuesday, two days before the provincial budget is unveiled. Like the new jewelry– all indications are it'll be a modest budget this year.

A date for the opening has not been set, but the organization said construction will move along quickly. The casino is expected to create about 140 jobs and will be similar in size to facilities in The Pas and downtown Winnipeg. The assembly plans to …

WINNIPEG – The Junos are taking over Winnipeg this weekend ahead of the gala awards ceremony at the MTS Centre on Sunday night. Stages across the city will host Junofest performers, Portage Avenue, the city's main downtown thoroughfare, will be …

Origins of WINNIE THE POOH to Be Subject of Upcoming Film
www.broadwayworld.com

'Finding Winnie' tells the story of Mattick's real life grandfather, Harry Colebourn, who bought an orphaned bear cub whom he named Winnie because she was born in Winnipeg. When serving in England during World War I, Winnie became a mascot of sorts …

The US Consul, Tim Cipulo is nearing the end of his time in Winnipeg. As he and his family prepare for their next international assignment, Tim joined us to talk about his time in Manitoba, Canada-US relations and how we resolve issues and how he has discovered some of the differences between Canadians and Americans. […]

At the  Canadian Senior curling championship in Yellowknife,  Brandon’s Lois Fowler and  Neepawa’s  Kelly Robertson both won their final games of the round robin Thursday night. Fowler defeated Nfld/Labrador  8-3 and finished with  a record of 10-1 tied for first place with Saskatchewan on the Women’s side. And on the Men’s side,  Robertson defeated Yukon […]

Winnipeggers tired of the cold and snow got a taste of summer at Manitoba Hydro Place on Thursday.

Conservative MP Steven Fletcher says he believes physician-assisted suicide is “inevitable,” on the same day he introduced two private member’s bills on the issue in the House of Commons.

An iconic piece of Winnipeg’s North End, the Kelekis Restaurant sign, came down on Thursday.

Federal Transport Minister Lisa Raitt said Thursday a plan by Omnitrax Canada to ship crude oil to Churchill hasn’t yet landed on her desk, so she hasn’t made a decision about the controversial proposal. It’s unlikely she ever will. Omnitrax says it already has all the necessary approvals in

About 189 litres of formalin, a chemical used for preserving tissue in medical laboratories, was inadvertently spilled Thursday afternoon, prompting the evacuation of about 500 people from the Thorlakson Building at the Health Sciences Centre complex. The spill occurred when the main feeder tube

WASHINGTON — New York might be nearly 2,750 kilometres away from Winnipeg, but it represents the Manitoba capital’s most lucrative trade relationship south of the border. Winnipeg has US$330 million worth of bilateral trade every year with New York, New Jersey and Long Island, a new report from

The classic fairy tale has been in vogue of late, with reinventions appearing on television (Grimm, Once Upon a Time) and film (Snow White and the Huntsman, the upcoming Angelina Jolie epic Maleficent). Winnipeg filmmaker Danishka Esterhazy takes a refreshingly different take on the genre. She

A tale of two Winnipegs
www.winnipegsun.com

A detailed report into how different communities in Winnipeg live, learn, and die reveals a widening gulf between the city’s rich and poor.

A Steinbach woman has been fined $4,500 for her part in a “get-rich-quick” scheme that siphoned millions of dollars from investors across Canada.

Come and see The Top 40 Most Talented Artists in Fashion-Performance Art-Makeup-Visual Arts for the first time in Winnipeg, Manitoba, Canada. RAW-Natural Bor… 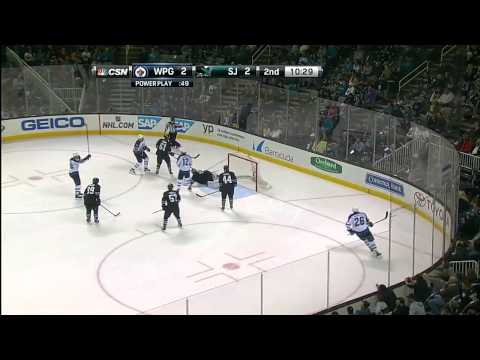 friends, subscribe to my channel and enjoy hockey!reviews of all matches of the season 2013/2014. друзья ,подписывайтесь на мой канал и наслаждайтесь хоккеем…

Opera Company of Winnipeg Glory be to God
www.youtube.com

Gorgeous music to listen and enjoy for Christmas. Watched and purchased by 34 million viewers. Hallelujah to the Father, Jesus and Holy Spirit my Friend.

WINNIPEG – City residents wondering whether their homes are at risk of frozen pipes or if they should do anything to prevent the problem can now find address-specific information online. The city's online information service now supplies information …

People — mostly women — have been posting “selfies” — pictures they take of themselves — without makeup on. The craze is most popular in the U.K., where it's being used to raise awareness and money for cancer, but now it's catching on in Canada.

From Yahoo Sports: The Winnipeg Jets have the need, the need for speed. OK, Top Gun isn't quite the inspiration behind the team's new player of the game award, but one can't help but think of Goose and IceMan when …

The Sharks return from a two-game road trip in Alberta to play … another Canadian team.

From Yahoo Sports: The Winnipeg Jets have responded to the fan planned #HelmetPardy night on Thursday at MTS Centre during their game against the Chicago Blackhawks. The idea encouraged attending fans to show up …

The Winnipeg Jets have re-assigned Patrice Cormier to the St. John’s IceCaps of the American Hockey League. Cormier has played in seven games with the Jets this season where he has earned one assist. He will return to the IceCaps where he has played 54 games this season earning 21 points (6G, 15A) and 89 […]

Winnipeg Jets went in to San Jose looking to stop a two-game losing streak and came out with a 4-3 over the Sharks, improving their record to 33-32-9. Jets goalie Al Montoya was beat just 1:57 in to the first period on a Dan Boyle shot, but new father Andrew Ladd tied it for the […]

US Consul To Winnipeg Leaving
www.cjob.com

There will be a new US Consul to Winnipeg this summer. The Current Consul Tim Cipullo  will end his three year term at that time. He tells 680 CJOB he’s enjoyed his time in Winnipeg and Canada. And He was rather surprised by the power of the prime minister’s office. “Particularily  contrasted with the situation […]

"Real" Meals in The AM?
www.reddit.com

A bit tired of having to have bacon, eggs, or pancakes if I go out for food after work… curse of the midnight shift. Does anyone know of a restaurant that serves lunch/dinner type dishes around the clock (or in early AM at least)? submitted by Ocura [link] [2 comments]

Angry Manitoba cottagers rallied on the steps of the legislative building in Winnipeg on Thursday to protest soaring fees and service hikes in provincial parks.