Health Canada should “aggressively” research the possible link between wireless airwaves and cancer and should tell Canadians how they can limit their exposure to such electromagnetic fields while using cellphones, a new report recommends.

Warmer than normal temperatures in Winnipeg? It’s no April Fool’s Day joke: the mercury is expected to rise later this week, up to a spring-jacket-worthy 9 C on Sunday.

Miffed by a late collapse that saw them fall 5-4 in OT at Anaheim, the Winnipeg Jets will be fighting mad when they visit the Phoenix Coyotes at Jobing.com Arena on Tuesday.

About three dozen people, many of them Manitobans, spent Monday night playing cards, shooting pool, eating hotdogs and sleeping on cots at a Drayton, N.D., community hall because of a blizzard named Gigi. It wasn’t the way Winnipegger Georgina Maxfield and her 13-year-old son, Ty, intended to

Southern Manitoba should expect little if any spring flooding this year, the province’s latest outlook predicts. Highway 75 should stay high and dry and the Red River Floodway will likely not be used. The same goes for the Portage Diversion, which empties into Lake Manitoba. Those are the high

Winnipeg could welcome 50 Syrian refugees but so far only one family looks ready to meet the requirements set out by the federal government. Citizenship and Immigration Canada announced earlier that Canada would accept 1,300 of the million-plus refugees forced to flee Syria and languishing in

A civic election coming? The City of Winnipeg has an app for that. The City of Winnipeg announced Monday the launch of its 2014 election mobile app. The free app can be downloaded on iOS (iPhone, iPod, iPad), Android and BlackBerry devices in both English and French. The 2014 General Civic

In what had to be the most gut wrenching loss of the season for the Winnipeg Jets, Anaheim completed a rally from a 4-0 deficit when defenceman Stephane Robidas scored just :16 seconds into overtime for a 5-4 Ducks victory. Jacob Trouba and Matt Halischuk scored in the 1st period, which the Jets dominated by […]

Interstate 29 has reopened from Fargo to the Canadian border after yesterday’s storm. All blizzard and snowfall warnings for southeast Manitoba have now been lifted by Environment Canada but not before an awful lot of snow came down in the far corner of the province. The Sprague region was hardest hit, getting about 20cm of […]

A Manitoba couple convicted in one of the province’s worst ever animal abuse cases is appealing its sentence. Peter and Judith Chernecki say the judge was too harsh. She sentenced Peter to four months in jail, and handed his wife a 21 thousand dollar fine. More than 60 dogs were seized from their Interlake property […]

Two people have been arrested after shots were fired on the same block in West Kildonan for the second morning in a row. Shots rang out around 4 a.m. Tuesday in the 500 block of Seven Oaks Avenue, between Inkster and Jefferson Avenue. Cops tell CJOB two people were taken into custody after a police […]

Paul Maurice to pilot Jets after Winnipeg puts Claude Noel out of …
sports.yahoo.com

From Yahoo Sports: Coaches that know they're a scant few losses from being fired have to keep their dignity. So it was with Winnipeg Jets coach Claude Noel last Thursday when he said this, to the Winnipeg Sun: “We're …

Is Creative Communications at RRC still worth going to?
www.reddit.com

I'm considering the program, and while I've heard good things from students in the past, how rigorous is the program these days? If I go, I want to be able to work in advertising/PR, not be stuck in unpaid internship hell. Many people have told me the program is worth going to, but I haven't […]

Anyone need a hand Tuesday?
www.reddit.com

I've read that a few people have been trapped in back lanes and such because of ice and deep ruts. I plan on taking a study break day tomorrow (tuesday) and dont really have anything else to do. I would be able to help people out if they're trapped or if they know someone who […]

Voip that can transfer your number?
www.reddit.com

Anyone here using a voip service that will transfer your old number over? I've come across a few sites but for some resason none of them can port manitoba numbers. submitted by doogie88 [link] [1 comment]

One of the coaches of a minor-league hockey team in Stonewall, Man., said he couldn’t believe it when a fight erupted during a game on Sunday, with RCMP having to be called in to break it up.

Driving in northwest Winnipeg this morning? You may want to avoid Church Avenue near Fife Street, as crews are fixing a water main break in the area this hour.

Winnipeg police are looking for a suspect or suspects after shots were fired at a house on Seven Oaks Avenue early this morning.

Winnipeg police have arrested a suspect in the death of Justin Desmarais, who was found dead inside an Andrews Street rooming house in mid-January.

The Selinger government did nothing legally wrong in pressing the province’s smaller communities to join with their neighbours, a judge has ruled. Court of Queen’s Bench Judge Robert Dewar said he found no breach of fairness in how the government rolled out its new municipal-amalgamation

The unmarked building in the east end of Winnipeg off the beaten track with no obvious evidence of activity is an ideal setup for a commercial medical-marijuana production operation. John Arbuthnot, a polite, clean-cut, articulate 24-year-old guides a visitor from about one half kilometre away…

ANAHEIM — This, for two periods at least, is the way Paul Maurice wants his Winnipeg Jets to play. The third period and overtime? That’s the team that got Claude Noel fired. The Jets gave up a 4-0 lead to fall 5-4 in overtime to the Anaheim Ducks in the largest come-from-behind win in their

TORONTO – Warning, do not trust everything you read or hear today. It’s April 1, which means every headline and story should be eyed with a different level of scrutiny. Especially anything particularly quirky or jaw-dropping. Today we have Google for fast fact checking, so even the most

OTTAWA – A new economic report on Canada’s troubled manufacturing sector suggests that factories that have weathered the storm have positioned themselves for better times. The paper from CIBC deputy chief economist Benjamin Tal points out that the sector — one of the most important to

A young, pregnant mother and three kids in her care were left terrorized after men smashed into her home with a hammer under the cover of night and made violent threats. The senseless crime has left the eldest child, now six years old, suffering from serious trauma more than two years later, 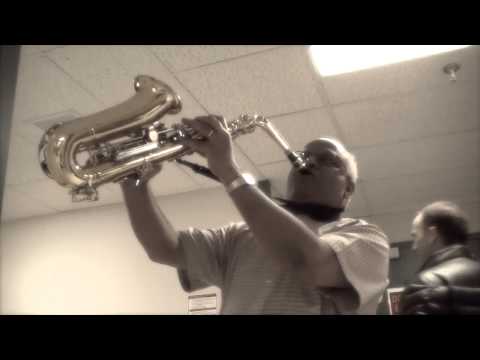 SBAR: Situation, Background, Assessment, Request. A simple script to ensure your message/request is clear and concise. Try it!

“Closer” performed by Tegan & Sara on March 30, 2014 at the MTS Center in Winnipeg, Manitoba during the 2014 Juno Awards. .. *NO COPYRIGHT INFRINGEMENT INTEN… 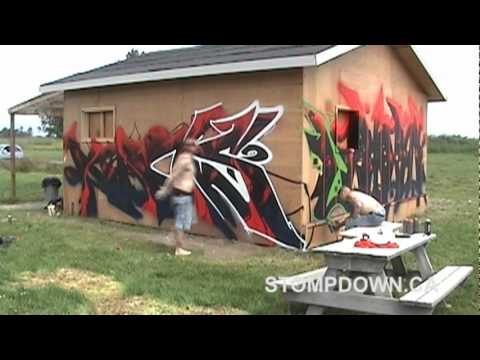 What Are The Winnipeg Jets Like At Home?
www.cjob.com

MONDAY MARCH 31st, 2014 From the Winnipeg Jets at home to the Junos to your workplace, up North and back again, I’ve got your Monday covered. The Jets and their families, along with culinary expert Marisa Curatolo, have joined together to give you a glimpse into their homes by sharing their favourite recipes and family […]

Winnipeg Police are looking for witnesses to that car-pedestrian collision on Regent Avenue and Stapon Road shortly after 1 o’clock Monday morning. When officers got to the secne, they found a 45-year old man who had suffered serious lower body injuries. He was taken to hospital in critical condition. Investigators say a taxi was eastbound on Regent […]

There’s been no further word on why shots were fired at a home in the 500 block of Seven Oaks Avenue early Monday morning.   Police were called to the West Kildonan neighbourhood around 4 o’clock. 680 CJOB’s Sean Leslie spotted what appears to be 10 to 12 bullet holes in the front of the […]

Winnipeg Police have made an arrest in connection with the death of a 24-year old man at a home on Andrews Street this past January. Police were called to the 200 block of the North End neighbourhood around 3 in the afternoon. They found the body of Justin Desmarais who police believe was in a […]

Flood risk stays 'near normal' in most parts of Manitoba
www.cbc.ca

The Manitoba government’s latest flood outlook is calling for a “near-normal” spring flooding potential in most parts of the province, but a higher than normal potential around The Pas.

Police have made an arrest in Winnipeg’s first homicide of 2014.

A pedestrian was critically injured after being hit by a cab in Transcona early Monday morning.

WINNIPEG – Dozens showed up to the Caboto Centre in Winnipeg Monday night to recognize the unsung heroes of people's families — the caregiver. The event was hosted by Comforts of Home and it was an opportunity to also raise awareness about a …

Heartthrob at the Junos
www.winnipegfreepress.com

It’s official: The 43rd annual Juno Awards were all about Tegan and Sara. The twins picked up awards for Group of the Year and Single of the Year — for the cotton-candy synth-pop gem Closer — at Sunday night’s broadcast from the MTS Centre. Their latest album, Heartthrob, was crowned Pop Album