Special Edition Of The Coach’s Show With Mike O’Shea
www.cjob.com

Winnipeg Blue Bombers Head Coach, Mike O’Shea, joined Bob Irving on a special edition of the Coach’s Show. They talked about his playing career, his decision to become a coach and an outlook on the upcoming 2014 CFL season.

Gas prices usually increase in May when a lot more people go on driving trips. But, Dan McTeague of Tomorrow gas prices today dot com tells 680 CJOB the price is higher now than at this time last year so that may prevent any increases. “I suspect what you’re seeing is a little bit of […]

The City of Winnipeg’s biggest union has filed a grievance against the city over what it calls a violation of the collective agreement. The City wants to force employees to take 3 1/2 unpaid days off between Christmas and New Year’s Day. Canadian Union of Public Employees Local 500 president Mike Davidson tells 680 CJOB […]

Planning to visit Winnipeg’s Assiniboine Park Zoo? You’ll have to dig a little deeper into your pockets to get through the gates.

More than 250 Winnipeg kids are spending their spring break running off with the circus – sort of.

Manitoba is deciding whether to lift restrictions on eco-tourism as it prepares to designate a new polar bear provincial park on Hudson Bay.

Some of Manitoba’s local meat producers are fuming after having their products seized by provincial officials.

Fans hoping to see Hedley at the MTS Centre Tuesday night will have to wait a couple more weeks.

WASHINGTON – The piece needed to fix a defective ignition switch linked to 13 traffic deaths would have cost just 57 cents, according to documents submitted by General Motors to lawmakers investigating why the company took 10 years to recall cars with the flaw. At a hearing Tuesday, members of a

Creedence Clearwater Revisited and Big and Rich will be performing at the Club Regent Event Centre this summer. Stu Cook and Doug “Cosmo” Clifford of the original CCR, along with John Tristao, Kurt Griffey, Steve Gunner, will be in town June 25. Tickets are $52.50-$72.50 and go on 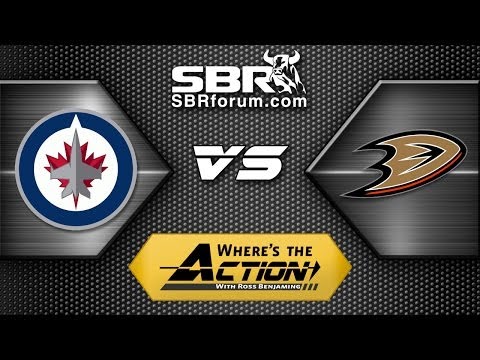 http://www.sbrforum.com/nhl-hockey/- NHL odds are listing the Ducks as heavy favorites tonight over the Jets, but we try to help you find the best value on o…

I know it's cold but…
www.reddit.com

Are there any LED or fire hula hoopers and poi dancers that want to be in a video? Give me a shout if you'd like. I'm a hula hooper myself and I'm making a video for school. submitted by ethoxydiglycol [link] [comment]

I have a CB Radio in my Jeep that I use occasionally when I go off-roading with friends. Sometimes I turn it on when I'm commuting home from work, and I drive most of the west and south west perimeter on my way home. Does anyone know why so many CB channels around the city […]

Some patch's that My father and us use to have on our jackets. When we were part of a CB club In Winnipeg.
www.reddit.com

WINNIPEG – RCMP are investigating allegations of racial abuse after they were called to a minor hockey game where fighting broke out on the ice and in the stands. No injuries were reported following the fight in Stonewall, Man., but witnesses said a …

Four Sisler High School students have won a national award from the Canadian Alliance on Mental Illness and Mental Health in recognition of their Save Our Minds project. Samantha-Maria Figueroa, Simarjeet Gill, Jennifer Pazdor and Stephanie Zabar are creating digital applications to provide

Winnipeg homicide investigators have caught up with a murder suspect they had been hunting for weeks in connection with the city’s first homicide of 2014. Justin Atelard Catcheway, 30, is in custody at the Winnipeg Remand Centre charged with the second-degree murder of Justin Desmarais. On Jan.

Winnipeg’s newest millionaire has been identified. Mike Herda is the lucky holder of a $1-million ticket from a Lotto Max Maxmillions draw on Mar. 14. Herda bought the ticket from his own lottery outlet, MikMar Ticket Sales, located in the Safeway store at 2 Alpine Avenue in Winnipeg.

Still cold, but spring weather on the way
www.winnipegfreepress.com

Slowly but surely, those April flowers should start to show themselves. A day after dodging the bullet of a spring blizzard, Winnipeg should see sunny skies and a below normal high of -7 C this afternoon. Despite the warm sun it will still be a little chilly, though, thanks to a north wind 30

On the Anaheim Ducks big comeback over the Winnipeg Jets, and why
blogs.thescore.com

What's strange is, score effects don't really come from a change in tactical play as it does in soccer. I'd be willing to bet that Paul Maurice didn't walk into the Winnipeg Jets dressing room before the third period and say “Okay, …

On Sunday, the Winnipeg Jets fired head coach Claude Noel and replaced him with Paul Maurice. A little over 24 hours later, Maurice is coaching his first game for the Jets. Expectations of automatic success should be …

WINNIPEG – A Manitoba couple who crowded more than five dozen dogs into a filthy building on a rural property are appealing their sentences for animal abuse. Peter and Judith Chernecki say the judge was too harsh. Peter Chernecki was sentenced in …

Scott Miskiewicz figured he’d pretty much seen and heard it all in more than five years of minor hockey officiating in Manitoba. Then along came Sunday, when the 18-year-old found himself in the middle of an ugly incident that has again put the issue of on-ice violence in the public

Two people are in custody after gun shots were fired in the Seven Oaks area for the second straight day. The first incident occurred in the 500 block of Seven Oaks Avenue at approximately 4 a.m. Monday morning. Roughly 24 hours later, police received a call that shots were once again fired in

The Winnipeg-based International Institute for Sustainable Development has taken over the Experimental Lakes Area and its research. Three governments signed a deal late Monday on an agreement transfering the world-famous research centre and its 58 small lakes to the IISD. The agreement is over

Susan McVarish could hardly believe it when her phone rang Monday morning and a complete stranger told her he was coming over to chop through the solid, ice-chunked windrows covering her East Kildonan boulevard path and blocking her garage. She had called the city’s 311 line twice over the

Are Canadians Getting Full Value For Their Spending on Police?
www.cjob.com

Is Canada getting full value for the money it spends on policing? Christian Leuprecht of the  MacDonald Laurier Institute has authored a report entitlted “The Blue Line or the Bottom Line of Police Services in Canada”. He is an Associate Professor in the Department of Political Science and Economics at the Royal Military College of Canada, […]

Robin Bachman hopes to find the person who returned his video camera. Bachman tells 680 CJOB he lost the two thousand dollar camera Sunday night following the JUNO awards and the Induction ceremony for Bachman Turner Overdrive into the Canadian Music Hall of Fame. He couldn’t believe it when someone brought the camera to his […]

Do the Junos still need an Aboriginal category?
www.cbc.ca

After A Tribe Called Red’s historic win on Sunday, some question whether aboriginal artists need a separate award category at the Junos.

There’s at least one place in Winnipeg where people aren’t disappointed and miserable about the extended, extra-cold winter.

Jets show best and worst in loss to Ducks
www.cbc.ca

It was the Dr. Jekyll and Mr. Hyde show for the Winnipeg Jets Monday night as they fell 5-4 in overtime to the Anaheim Ducks at the Honda Center.

Marijuana to be legalized in Manitoba; following Colorado footsteps
www.winnipegsun.com

In the wake of a court decision that allows medical marijuana users to continue to grow their own pot, Manitoba will become the first Canadian jurisdiction to follow in the footsteps of Colorado and Washington, the Sun has learned.

WINNIPEG – About 25 people spent Monday night at a community centre in Drayton, N.D., after U.S. Interstate 29 was closed by a blizzard. The I-29 reopened at about 7:30 a.m. Tuesday, while Manitoba Highway 12 from Steinbach to the U.S. border …

WINNIPEG – Police arrested two people after a West Kildonan home was shot at for a second day in a row Tuesday. Police were again called about shots fired at 509 Seven Oaks Avenue just after 4 a.m. Tuesday morning. The home was fired on Monday …