The birds are enjoying the warmer weather
www.reddit.com

Why you should remove ice before it falls on it's own. (x-post/various subreddits)
www.reddit.com

A Winnipeg Jets season-ticket holder says the NHL team is taking advantage of its rabid fans.

WINNIPEG – A 27-year-old woman is dead after a snowmobile hit a dock on Gods Lake on Tuesday. Gods Lake Narrows RCMP were called to the collision at about 2:30 p.m., they said in a news release. The woman, who was riding the snowmobile alone, …

Have you seen the Winnipeg Monopoly game? It’s a little different than regular Monopoly. Instead of going to jail, your pipes freeze.

Amyotrophic lateral Sclerosis (ALS) otherwise known as Lou Gehrig’s Disease or Motor Neuron Disease is a fatal, rapidly progressive neuromuscular disease that affects approximately 3,000 Canadians and more than 275 Manitobans. ALSmb.ca  is intended to offer comprehensive information about ALS, about the ALS Society of Manitoba, information for people with ALS and their caregivers, health care […]

Winnipeg emergency crews have contained an ammonia leak at a Sobeys warehouse near the 1800 block of Inkster Boulevard.

Organizers of the 107th Royal Manitoba Winter Fair in Brandon, Man., are expecting to see more than 100,000 people at the Keystone Centre for this week’s agricultural exhibition.

Winnipeg police are investigating a homicide after finding the body of a male in the 400 block of Elgin Avenue.

Two men face firearms charges after shots were fired at a house on Seven Oaks Avenue twice this week, in a case that police say is gang-related.

Police are looking for a Winnipeg man after multiple stabbings March 26.

A low-income seniors apartment block in the inner city is at the centre of the city’s latest homicide investigation.

TORONTO – Rob Ford had an oops moment Wednesday when he voted against city council motions on naming a Toronto street in honour of Nelson Mandela and congratulating Canada’s Olympic and Paralympic athletes. The controversial Toronto mayor — who was the only one to vote against the motions —

FORT HOOD, Texas – A gunman opened fire Wednesday at the U.S. Army’s Fort Hood in an attack that left four dead, including the shooter, law enforcement officials said. One of the officials, citing official internal Justice Department updates, said 14 others were hurt. The officials spoke on…

Police are investigating a homicide Tuesday afternoon in the Centennial neighbourhood. At about 3 p.m., police were called to an apartment building in the 400 block of Elgin Avenue. There, police found a dead man in a suite. An autopsy is pending and the cause of death has yet to be

Hockey parents banned for role in brawl at child's tournament in Fargo
winnipeg.ctvnews.ca

Hockey Winnipeg has announced a three-year ban for a couple involved in a minor hockey altercation at a tournament in Fargo, ND in February. A person with knowledge of the trip told CTV News the game got violent early on, despite the players being only …

Winnipeg police are asking for the public’s help in finding two suspects who left a gruesome trail of blood and clothing after three people were stabbed Wednesday.

A Winnipeg couple that has been banned from attending hockey games for three-plus years has filed an appeal with Hockey Manitoba.

WINNIPEG – Manitoba Public Insurance is warning about something most drivers have likely already discovered: our pothole pitted streets can lead to dangerous situations and costly repairs. MPI offered some tips Wednesday for driving on cratered streets:.

The B.C. Lions have signed their Canadian running back to a contract extension through the 2015 season. The Winnipeg native is entering his fifth season with B.C. and has yet to miss a game in his CFL career. The five-foot-11 213-pound Harris, who …

Up Close And Real With Chantal Kreviazuk
www.cjob.com

You may know Winnipeg’s Chantal Kreviazuk as a musician, or maybe even a humanitarian, but you will know her as so much more after you hear our conversation. Chantal sits down with me for an hour at 2pm CT. Listen live here.

Winnipeg police are investigating the city’s fourth homicide of the year. Detective Sgt. Natalie Aitken says a man was found dead inside an apartment block on Elgin Avenue near HSC, yesterday afternoon. “We still are early on in it, but I can tell you that this investigation is being treated as a homicide and an […]

Hockey Winnipeg has penalized a local couple for three years for their role in an altercation in the opposing team’s dressing room last February. The Winnipeg husband and wife were involved in the altercation in Fargo, N.D., on Feb. 8. Their eight-year-old son plays for the River East Royals…

A 74-year-old man is dead following a collision this morning between a minivan and farm implement being towed by a pickup truck near Austin, Man., RCMP report. RCMP responded about 5:30 a.m. to the crash on Highway 34, eight kilometres south of Austin. The minivan was northbound on Highway 34

A young Winnipeg man who was cleared just weeks ago of a murder charge in the stabbing death of a city teen is now a suspect in a grisly stabbing on Main Street. Police identified Steven Raymond Johnston, 20, Wednesday as a person they’re seeking in connection with an outbreak of violence

Hockey parents banned for role in brawl at tournament in Fargo
winnipeg.ctvnews.ca

Hockey Winnipeg has announced a three-year ban for a couple involved in a minor hockey altercation at a tournament in Fargo, ND in February. A person with knowledge of the trip told CTV News the game got violent early on, despite the players being only …

The Jets got past the Phoenix Coyotes 2-1 in a shootout on Tuesday night in front of 13,724 duelling spectators at Jobing.com Arena, meaning Winnipeg's razor-thin playoff hopes remain alive. They would have been …

A 27-year-old woman is dead after she drove her snowmobile into a dock at God’s Lake Narrows.

A contract to audit cost overruns on the construction of Winnipeg’s new police headquarters has not been awarded yet, despite a looming deadline.

A 27-year-old woman was killed in a snowmobiling accident on God’s Lake. 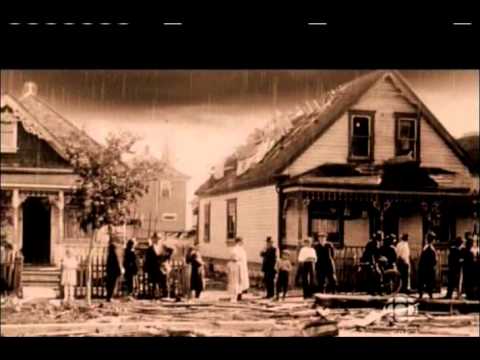 CBC video describes one of the pivotal events in Canadian labour history, the Winnipeg General strike of 1919.

WINNIPEG – The number of homes with no water due to frozen pipes is increasing dramatically, faster than city crews can thaw them out. Officials revealed Monday that 537 properties are now on the waiting list to have their pipes thawed, a jump from 300 …

WINNIPEG – The homicide unit is investigating after a body was found at an apartment in the 400 block of Elgin Avenue. Police were called to the building shortly before 3 p.m. Tuesday. An autopsy will be done to determine the cause of death, police …

The competition for playing time in the Winnipeg Blue Bomber Defensive Secondary has been ramped up with the addition to the roster of Import DB’s Don Unamba and Phillip Benning. Unamba is 6-1, 192 and from the Dallas suburb of Arlington, Texas. The former Southern Arkansas Mulerider was signed as a free agent by St. […]