Tickets for War Horse — the 2011 Tony Award-winning stage epic making its Winnipeg debut June 18-22 — go on sale Saturday at 10 a.m. at all Ticketmaster locations. The price range is $35-$116 for seats to see this unique theatrical spectacle scheduled for seven performances at the

OTTAWA – Sheila Fraser, the former auditor general who became a virtual folk hero for exposing the sponsorship scandal, is training her sights on what she sees as a new abuse by the federal government: its controversial overhaul of Canada’s election laws. Fraser, who co-chairs an advisory board A young Winnipeg man who was cleared just weeks ago of a murder charge in the stabbing death of a city teen is now a suspect in a series of stabbings on Main Street. Police identified Steven Raymond Johnston, 20, Wednesday as a person they’re seeking in connection with an outbreak of violence

Street-gang feuding was the backdrop to public gunplay that saw the same West Kildonan home shot up twice in 24 hours. “It looks like that’s an aggravating factor in this case,” Det. Sgt. Natalie Aitken said Wednesday. Police announced the arrests of two men, Tamim Ahmadzai, 18 and Hamed

Who's most worthy of Walk?
www.winnipegfreepress.com

How many of us would like to have our names bronzed and placed on a public sidewalk for everyone to walk on, forever? Eventually, that will happen to the most famous of us who were born, got our start or made our reputations here. Late last fall, largely lost in other news at the Downtown

A former city chiropractor is facing serious time behind bars for violently sexually assaulting a former girlfriend. Marlin Vandermeulen appeared for sentencing in the Court of Queen’s Bench Wednesday. Manitoba prosecutors signalled they want the 46-year-old to spend seven years in a federal

It wasn’t a banner day Sunday for anyone — especially the Stonewall Blues — in the Interlake Minor Hockey Association’s bantam championship game. There was no banner presented to the Blues after they won the league title Sunday with a 5-1 win over Lake Manitoba First Nation because it was

Dozens of people gathered on Langside Street in Winnipeg on Tuesday to remember a 20-year-old man who was shot to death in broad daylight.

Manitoba Health is pulling the plug on a Winnipeg man who makes spring rolls for charity.

Manitoba lurches into pothole season with 300 claims so far
www.cbc.ca

Manitoba Public Insurance said nearly 300 claims for pothole damage have been opened to date and it’s urging motorists to drive to road conditions as the snow and ice shrink, revealing water-filled gaps in the pavement.

A disgraced archbishop recently found guilty of sexually assaulting a Winnipeg boy in the 1980s will not be defrocked by the Archdiocese of Canada.

A former city chiropractor convicted of violently sexually assaulting and beating his then-girlfriend should go to prison for seven years, a judge was told Wednesday.

… blade in a violent escape while being treated at a Saskatoon ;. Winnipeg firm Manshield Construction pleaded guilty to two charges under the Occupational Health and Safety Act on Monday in Saskatoon Provincial Court.

Winnipeg Jets vs. Phoenix Coyotes recap: so close, but hit the post …
www.fiveforhowling.com

The Winnipeg Jets defeated the Phoenix Coyotes 2-1 in a shootout on Tuesday night.

The bitter weather is forcing crews back out to break ice on the Red north of Selkirk. Director of Operations for North Red Waterway Maintenance Darrell Kupchik  tells 680 CJOB they’re putting the Amphibex machines to work. “So, we decided to redeploy two amphibex ice breakers this week to that location to clear a channel […]

A 74-year old man from Holland in Southwestern Manitoba was killed early Wednesday morning in a motor-vehicle collision on Highway 34, south of Austin. Portage la Prairie RCMP were called to the scene around 5:30. A northbound minivan colleded with a farm implement being towed by a truck that was travelling south. The minivan rolled, and […]

Winnipeg Jets forward Evander Kane — a frequent lightning rod for controversy — has once again found himself the target of an off-ice distraction. Court documents obtained by the Free Press show Kane has been accused of an assault that allegedly occurred in Vancouver last summer. A…

Winnipeg parents are about half-way through a chilly, snowy spring break, and some are coming up with creative ways to keep their kids busy.

Donald Connors has been on the frontlines in Winnipeg’s on-going battle with frozen pipes. But CBC News has learned he has a questionable track record in Alberta, where he co-owned a company called ‘Drain Rescue.’ 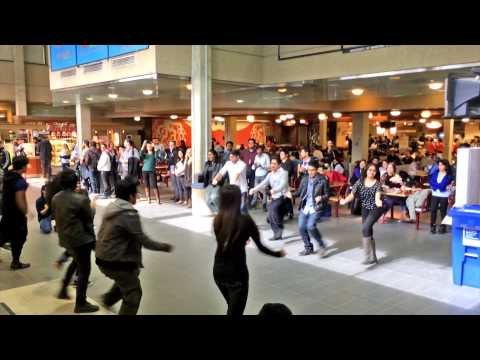 We show our support for t20 WC at Fort Garry Campus of University of Manitoba in Winnipeg, Canada with a Flash Mob to the official ICC WT20 tournament song, …

A 74-year-old man was killed in an early morning crash south of Austin.

Not a banner ending
www.winnipegsun.com

They punched a linesman, lost the game, and prompted a visit from RCMP, but a bantam hockey team from Lake Manitoba First Nation somehow left Stonewall last Sunday with the league’s championship banner.

WINNIPEG – They're the stiffest penalties Hockey Winnipeg has ever given to parents, but the mom and dad involved in a locker room fight in Fargo, ND in February say they were only trying to protect their son. The police incident report shows Christine … BC Lions Sign Andrew Harris to Extension Through 2015 Season
www.cjob.com

BC Lions running back Andrew Harris has signed a contract extension with the club that will keep him with the team until 2015.  Andrew will join me right off the top of the show to discuss what lead him to the decision to stick with the Lions.  The Winnipeg Jets have returned 2-2-1 from their […]

Boaters Should Get Ready For Spring
www.cjob.com

With the Lake Winnipeg ice still almost two meters thick it’s likely you won’t be taking out the boat until May. But don’t despair. The host of Stapon Outdoors on 680 CJOB Craig Stapon says now is a very good time to make sure you are ready to go when all the snow and ice […]

There are two different versions of what happened earlier this year at a hockey tournament in Fargo that has led to the banning of Two hockey parents from all Hockey Winnipeg activities for three years. Christine and Leon Belandiuk barged into the opposing dressing room to confront the Selkirk team’s coach claiming his players had […]

A power outage effected  about 175 Manitoba Hydro customers in the River Park South area well into the night on Wednesday. Hydro spokesman Anthony Koop says power was knocked out for about 600 customers during the  afternoon by an underground fault. Most of the service was restored by around 4:30pm with the exception of the […]

CALGARY – Kyle Shewfelt’s Olympic gold medal in gymnastics shines bright a decade later because it is the first and only of its kind in Canada. Unlike the Olympic champion who has a teammate or hero to follow or emulate, Shewfelt blazed his own trail to win the floor routine in 2004. He is the

OTTAWA – Industry Minister James Moore says telecom companies that took part in the wireless spectrum auction in January that raised a record $5.27 billion have paid up in full for their licences. Moore made the announcement on Twitter in a short tweet about the 700 megahertz spectrum auction,

NEW YORK, N.Y. – Instagram says it is fixing a bug that has hidden users’ photos on its mobile app from the past several days. The Facebook-owned photo-sharing app said on Twitter Wednesday that it is working on fixing a temporary glitch that is showing photos from several days ago. It did not

SASKATOON – The Opposition NDP is raising concerns that contaminated groundwater, known as leachate, is leaking from the Saskatoon landfill. New Democrat Cathy Sproule (sproll) says a groundwater monitoring report indicates that the leachate has likely reached the South Saskatchewan

LOS ANGELES, Calif. – After insisting that space relations wouldn’t be altered by earthly politics, NASA on Wednesday said it was severing ties with Russia except for the International Space Station. NASA employees can’t travel to Russia or host visitors until further notice. They’re also barred

For the first time, residents know some of the city hot spots where properties are in danger of developing frozen pipes.

The Manitoba government is spending $622,000 on a new parent support service at St. Amant that will help families with autistic children, officials announced as part of World Autism Awareness Day on Wednesday.

A Lake Manitoba woman who saw a bantam hockey game turn into a brawl says the young players feel terrible about what happened but believe they were provoked by the referees.