It seems to be popular these days to blame the parents for their out-of-control behavior at youth sports events. There is probably no way to completely eliminate the emotional pressure a parent feels when they are attending their child’s athletic event (pressure that naturally increases as the child moves up the competitive ladder), but are […]

You know it must be spring when the sandbags come out. Starting Friday, you can pick up sand bags in advance of potential overland flooding at locations on Pacific Avenue, Thomas Avenue and Waverley street. Winnipeg’s snow dumps are closing this weekend. City crews are still clearing drains and will eventually move on to thaw culverts as required. It […]

There are two new cases of measles in Manitoba, bringing the total number of people infected to four. And Provincial health officials are now warning anyone who was at Polo Park between 11am and 1 pm or St. Vital Centre between 1.30 and 2 pm on March 22nd to be aware of the possibility of […]

The Royal Winnipeg Ballet has unveiled it’s 75th anniversary line-up, featuring one of the world’s most well-known ballets. Tchaikovsky’s Swan Lake heads the line-up, along with a new ballet commissioned by the RWB’s artistic director, written by Canadian author Joseph Boyden. It’s called “A Story of Truth and Reconciliation”, and it represents many stories of […]

A 48-year old man is facing drug charges after RCMP from Oakbank and Beausejour took down a marijuana growing operation at a rural home in the RM of Brokenhead. Police raided what officers consider a sophisticated grow op Wednesday. They found 300 plants as well as lighting and venting equipment. Onofrio Romolo was arrested at the scene. […]

Premier Greg Selinger’s popularity continues to lag when compared to other provincial leaders, according to a new report from Angus Reid Global released today. The poll, which measures premier’s approval rating in nine separate Canadian provinces, gives the Manitoba premier a 28 per

No charges to be laid in girl's fatal mauling
www.winnipegfreepress.com

No charges will be laid in the death of a little girl near Oakbank last month. Gracie Herntier-Clark, 7, was playing outside when she was mauled by two Alaskan malamutes while visiting family friends Mar. 16. The Grade 2 student, who was from the St. Andrews area, was familiar with the dogs….

A terminally ill Winnipeg rapist is pleading for mercy from the courts, saying he will likely die in prison if forced to spend any more time behind bars. Amuri Musaka, 40, was found guilty earlier this year of a 2011 attack that left his victim, a female family friend, suffering from physical…

The milder weather is having little impact on Winnipeg’s frozen water lines. City hall said this afternoon that another 24 properties reported frozen water lines, bringing the total since November to 2,344. The city was able to restore full water service to an additional 16 properties

Two more cases of measles have been confirmed in Manitoba, bringing the total this year to four. One of the newly reported cases is a teenage boy who lives in the Southern Health region, while the other is a woman in her 40s from Winnipeg. Public health officials are investigating the cases to

Clap along if you know what happiness is to you! 103.1 Virgin Radio gets Happy on the streets of Winnipeg, Manitoba, Canada. 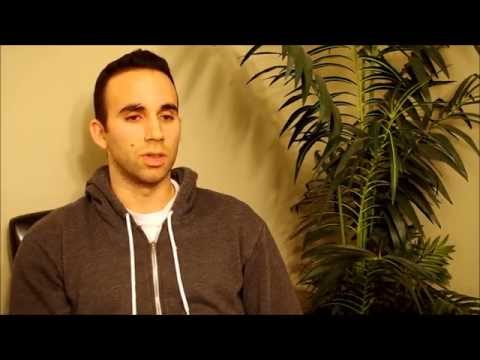 Cost of meat, groceries going up, just in time for BBQ season
www.cbc.ca

Manitobans looking forward to BBQ season should brace themselves. The price of meat is going up.

Tubby tabby in Winnipeg goes to boot camp to slim down
www.cbc.ca

A Winnipeg cat has a lot on his plate right now. Eddie, a shelter cat at Quagga Stray Cat Rescue, tipped the scales at more than 10 kilograms recently.

Charges will not be laid against the owners of two Alaskan Malamute dogs that mauled a seven-year-old girl to death last month.

A large-scale grow-operation was busted in Brokenhead April 2.

Selinger the most unpopular premier in Canada
www.winnipegsun.com

WINNIPEG – Police are looking for help finding a suspect in the robbery of a downtown bank. The man entered the Royal Bank at Portage Ave. and Main St. Wednesday and gave a note to a teller demanding money. He was given some cash and fled, police …

WINNIPEG – Police have identified the victim of the city's latest homicide. Officers say John David Goundry, 51, was found dead in an apartment on Elgin Avenue Tuesday afternoon. Police are trying to piece together the victim's “daily patterns” and are …

All the snow and cold weather this winter has taken a toll on Manitobans and their well being. Staff at the Mood Disorders Association of Manitoba have seen a spike in people seeking out support for seasonal desperation. The cold weather and terrible …

RCMP in Portage la Prairie are looking for two suspects in connection with an armed robbery at a convenience store in that city late Wednesday night. Police arrived shortly after 11 o’clock, less than a minute after the two left. They took off with the usual cash and cigarettes. The police have released photos of the […]

Victim’s Bill of Rights: will it address drunk drivers?
www.cjob.com

On Thursday afternoon, the Harper Government introduced the Victim’s Bill of Rights, a first of it’s kind in Canada. Meant to victims and their families a clear right to information, protection, participation and restitution; some critics say it’s a backwards movement towards a justice system based on vengeance. Sheri Arsenault lost her son in November […]

RCMP are looking for help in finding those responsible for the theft of ATV’s and a 32-foot long snowmobile trailer from Adventure Power Products in Ile Des Chenes this past Tuesday. The items were taken from a fenced-in compound. Investigators say a 2006-white Ford F250 truck pulling a 26-foot black enclosed trailer was involved. Both had Saskatchewan […]

OTTAWA – While politicians in Ottawa still can’t decide who is in the middle class, a new analysis suggests wealth is increasingly gravitating to the very top. The report by the left-leaning Canadian Centre for Policy Alternatives shows that the country’s 86 richest individuals and families

Winnipeg Jets forward Evander Kane — a frequent lightning rod for controversy — has once again found himself the target of an off-ice distraction. Court documents obtained by the Free Press show Kane has been accused of an assault that allegedly occurred in Vancouver last summer. A

It would be hard to overstate the significance of Hockey Winnipeg’s decision to ban a Winnipeg couple from attending any game, practice, tournament or other official hockey activity for the next three years. In two important ways, it is a history-making decision. First, it is the longest ban

Teams must make sure banned parents stay away from son's games
www.winnipegfreepress.com

The three-year suspension handed to a local couple by Hockey Winnipeg will need to be supervised by their son’s future teams and minor hockey organizations. Hockey Winnipeg penalized the husband and wife for their role in an altercation that occurred in the opposing team’s dressing room

Don't be surprised if you see a little snow blowing around today…. – Local – Winnipeg Free Press. With the Experimental Lakes Area saved, the Winnipeg institute that swung the deal to preserve it no… – Local – Winnipeg Free Press.

The birds are enjoying the warmer weather [FIXED]
www.reddit.com

its snowing out, time to fire Willow
www.reddit.com

The investigation into a fatal dog mauling which left a 7 year old girl dead is now over. There will be no charges laid in the March 16th incident, RCMP said Thursday. Gracie Herntier-Clarke was killed at a home in the RM of Springfield, when two …

RCMP say alcohol was a contributing factor in a fatal snowmobile collision Tuesday afternoon on God’s Lake in Northeast Manitoba. Investigators believe the snowmobile collided with a dock. A 27-year old woman was pronounced dead at the scene.  Police say she was not wearing a helmet.

Winnipeg Police are looking for two suspects in connection with a triple stabbing on Main Street March 26th. One is 20-year old Steven Raymond Johnston. The other is an 18-year old woman who can’t be named under the Youth Criminal Justice Act. Officers were called to the 13-hundred block of Main around 4 in the morning where […]