A Manitoba woman accused of first degree murder in the death of a former pro wrestler has been denied bail. Rita Cushnie, 60, was previously found guilty of being involved in the 2007 murder-for-hire of former wrestler Ivan Radocaj at his Interlake area home. That conviction was overturned last year by the Manitoba Court of […]

Environment Canada has crunched the numbers and determined this was the worst winter of your life if you live in Winnipeg. It is the coldest winter on record since 1898, a full six degrees below normal on average from December through March. Senior climatologist Dave Phillips sums up just how brutal it was. “The number […]

We’ll hear from Andrew Ladd at 6:12. He’ll talk about his thoughts on missing the playoffs once again. CJOB’s Keith McCullough joins us at 6:22. He has the latest on the banned minor hockey parents. An appeal has been set, and he’ll tell us what the parents are saying. Then at 6:35 I’ll talk with […]

A “smoking gun” email allegedly hidden from an access to information request has the Tories accusing the NDP of tampering with Manitoba’s freedom of information laws.

The province’s latest flood forecast indicates there is a 10% chance the Red River Floodway will be operated this year.

The appeal date for a Winnipeg couple banned from attending their eight-year-old son’s hockey games has been set for April 16.

Couple's appeal against rink suspension to be heard April 16
www.winnipegfreepress.com

A Winnipeg couple is appealing the three-year suspension handed down by Hockey Winnipeg following an ugly scene at a minor hockey game in Fargo, N.D. earlier this year. Peter Woods, executive director of Hockey Manitoba, confirmed the couple is scheduled to face off against Hockey Winnipeg in

The provincial Tories are crying foul over the government’s handling of a freedom of information request concerning a scandal involving a former cabinet minister. The Conservatives filed an access to information request under the Freedom of Information and Protection of Privacy Act (FIPPA) Manitoba Public Insurance is once again asking drivers to put down the phone. The crown corporation, along with a half-dozen police agencies across the province, is targeting drivers who continue to use handheld electronic devices when behind the wheel. A continuation of an initiative that

No charges will be laid in the death of a girl dogs killed near Oakbank last month. Gracie Herntier-Clark, 7, was playing outside when two Alaskan malamutes mauled her while she was visiting family friends March 16. The Grade 2 student from the St. Andrews area was familiar with the dogs. It’s

any ps4s in Winnipeg? submitted by hatmano [link] [1 comment]

A retired geophysicist says a map of Winnipeg homes and businesses at highest risk of developing frozen water pipes suggests the problem cannot be caused by geology.

WINNIPEG – RCMP say they have taken down a sophisticated marijuana grow operation in the rural municipality of Brokenhead. Police seized about 300 plants along with lighting and venting equipment, a police news release said. Onofrio Romolo, 47, faces …

Bob Nicholson, President and CEO of Hockey Canada is stepping down. The official announcement should be made tomorrow.  I will be talking to Peter Woods who is Executive Director of Hockey Manitoba. Peter will tells us the work Bob has done and the impact this will have on hockey in Canada. Tonight is Game Night […]

Anja Niedringhaus faced down some of the world’s greatest dangers and had one of the world’s most infectious laughs. She photographed dying and death, and embraced humanity and life. She gave herself to the subjects of her lens, and gave her talents to the world, with images of wars’ unwitting

Quebec political leaders enter final stretch of what has been a dirty campaign
www.winnipegfreepress.com

MONTREAL – Quebec’s quarrelling political leaders have found common ground as they enter the final stretch of the election campaign: they agree this has been the dirtiest of races. Quebecers will cast their ballots in Monday’s vote, a snap election called by Parti Quebecois Leader Pauline Marois

Another 15 properties have reported frozen water lines since Thursday. That brings the total of properties that have been without water since November to 2,359. City hall issued its daily “frozen pipes” update this afternoon. The number of properties on the waiting list for thawing services…

"Winnipeg is…" a roundup of this week's tweets on life in the 'Peg
www.winnipegfreepress.com

We scoured the Twitterverse for posts this week that included the phrase “Winnipeg is…” to bring you this roundup of the state of affairs in Winnipeg. Can’t see the Storify window below? Try viewing it in a new window.

If you notice the check-out lines at Canada Safeway stores moving a little quicker today it might be because the grocery company terminated its Safeway Club Card program as of today. The program has been operating for 16 years and was one of the longest running loyalty cards in the

A Manitoba woman accused of sexual assault by allegedly transmitting HIV to a man through unprotected sex has lost her fight to get her case thrown out of court due to delay. Marjorie Schenkels, 27, will face trial later this year despite her protests that Manitoba justice officials’ tactics led

Winnipeg’s most recent homicide victim was a disabled man who nearly died three years ago when his ex-girlfriend stabbed him inside his apartment, the Free Press has learned. Police have identified John David Goundry, 51, as the man they found dead in a suite in the 400 block of Elgin Avenue on

'Have mercy on me': dying con
www.winnipegfreepress.com

He showed no mercy to the woman he confined and raped, sentencing her to a lifetime of anguish. But that didn’t stop a dying Winnipeg man from standing up in court Thursday to make an emotional plea to the judge who holds his fate in her hands. Amuri Musaka, 40, wants to immediately be released

The milder weather is having little impact on Winnipeg’s frozen water lines. Another 24 properties reported frozen waterlines Thursday, bringing the total since November to 2,344. The city was able to restore full water service to an additional 16 properties between Wednesday and

Sure sign of spring in Winnipeg: the sandbags are here
www.cbc.ca

A sure sign of spring in Winnipeg: the emergence of sandbags.

Some of the young Lake Manitoba hockey players caught up in a brawl on the ice during a game last weekend said they were being treated unfairly. 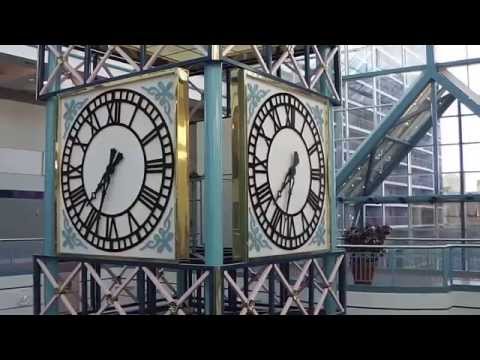 WINNIPEG – Public health officials say two more Manitobans have contracted the measles, bringing the total to four this year. A teenager in the southern health region and a woman in her 40s living in Winnipeg were infected, officials said. There is a …

The Winnipeg Jets have officially been eliminated from qualifying for the NHL Stanley Cup Playoffs for a 3rd straight spring following a 4-2 loss to the Pittsburgh Penguins. The Jets have just 4 games remaining and trail both Phoenix and Dallas by 7 points. But the official elimination enters into the equation because the Stars […]

OTTAWA – The Ukrainian ambassador to Canada says his country urgently needs an international financial bailout to stave off a looming crisis. Vadym Prystaiko said in a speech in Ottawa on Thursday night that his country is being forced to make serious cuts to cope with the economic fallout from

CALGARY – Safeway is getting rid of its Club Card effective Friday. Spokeswoman Betty Kelsey says customers have told them that they want to reduce the amount of cards in their wallets. In the past, Safeway customers needed the Club Card to access savings on groceries, but Kelsey says those

Give yourself some extra time when heading out on the highways today. Icy roads are the story in and around Winnipeg this morning, thanks to Thursday’s snowfall and below freezing temperatures overnight. Motorists are advised to reduce their speed north and northeast of the city, including

Manitoba Health has confirmed two more cases of measles — including a Winnipeg woman who was brought to hospital by ambulance. This brings the number lab-confirmed cases in the province this year to four. One of the new cases is a teenage boy from southeastern Manitoba, while the other is a

A man is dead following a collision with a school bus Thursday evening. At approximately 8:30 p.m., Prairie Mountain RCMP received a call regarding an accident between an SUV and a school bus in Waywayseecappo First Nation. According to RCMP, the SUV was headed northbound on Shingoose Road when…